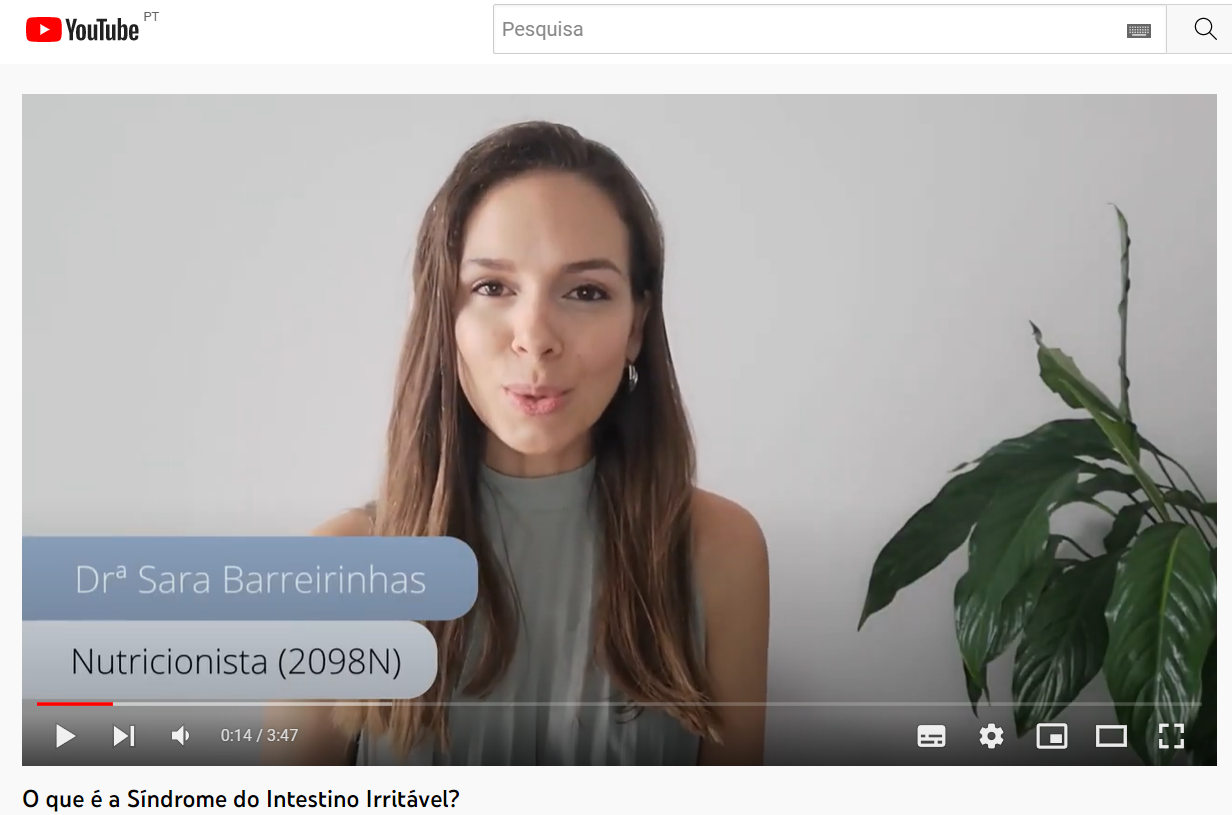 If you follow Nutrisciente®, irritable bowel syndrome (IBS) is no longer an unfamiliar term to you. But what is this syndrome really? In this video I explain it all to you.
IBS is considered a functional bowel disorder (FID). The diagnosis of IBS is framed according to symptomatology criteria, and after prior exclusion of other gastrointestinal diseases such as celiac disease and inflammatory bowel disease (IBD). The prevalence of IBS is estimated to be between 9.2 and 11.2% in the worldwide, being more prevalent in females and more frequently diagnosed before the age of 50. The cause of IBS is still unknown, although it is agreed that its origin may be multifactorial.

The most common symptoms of IBS are: lower abdominal pain, altered bowel habits (diarrhoea, constipation, or a combination of both), bloating, excessive flatulence, and abdominal distension. These symptoms can be more or less frequent, and their severity varies from individual to individual.

There are no specific clinical tests that adequately diagnose IBS. However, symptoms play a crucial role for a correct diagnosis, which must be made by a clinical. The diagnosis is made through a detailed medical history and follows the Rome IV criteria. These established criteria even allow an understanding of the predominance of symptoms and classification. Quality of life can be negatively affected when there is no diagnosis and/or an incorrect diagnosis, since the frequency of symptoms is constant, which generates anxiety and frustration in users who find themselves unable to find effective solutions.

Treatment of IBS may involve pharmacological therapy, prescribed by the doctor and/or gastroenterologist, and according to the symptoms, but also by reducing foods high in FODMAP – which may involve a low FODMAP diet in its 3 phases. This diet should be prescribed by a Certified Low FODMAP Dietitian, but we will talk about that diet in a future article. Stay tuned because we’ll see you soon!

Low FODMAP Diet – What is the goal?

Nutrition knowledge at the click of a mouse | Nutriscient Academy

When the disease is active, does the dream pay?